Year 4 visited the sewage treatment works in Slough. Our trip linked to both our topic, as we have been learning about our digestive system and our text in English. Both classes had a great day, which wasn't too smelly!

Some of our Year 6 children took part in a dance workshop with renowned Bollywood Choreographer & Musician, Jay Kumar. He taught them a dance, which was set to music that he had written for the Holy Cow Diwali Celebrations.

After another exciting visit from our author James Carter, we were inspired to create our own believable characters and begin writing a story set in a range of exciting places. Classrooms were transformed into beaches, a circus, a festival, woodlands, fairgrounds and cafes and the children wrote some lovely story openers.

We would also like to thank children and parents for their efforts in creating some amazing outfits for the day. 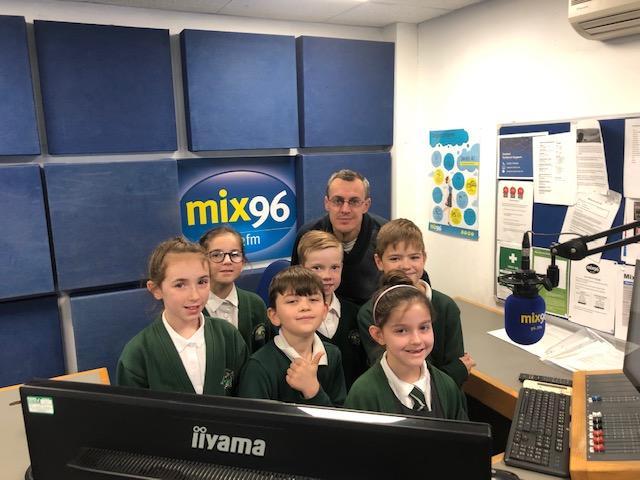 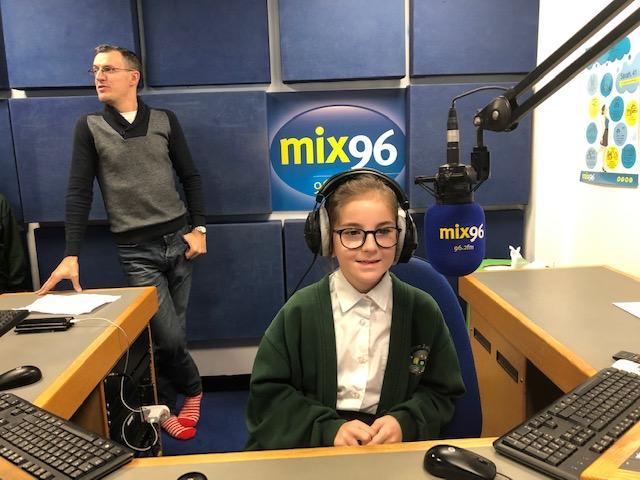 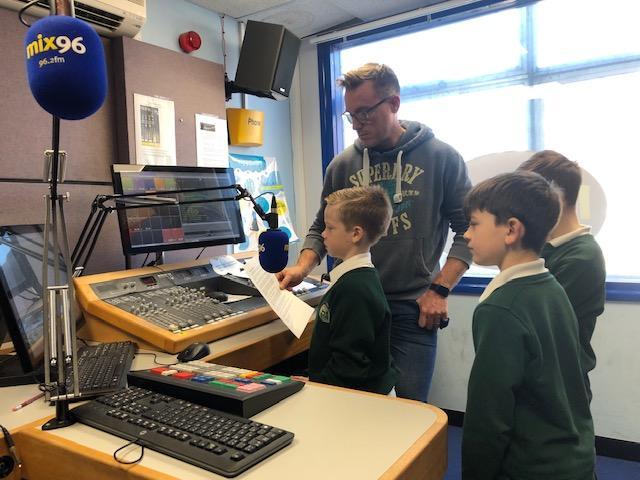 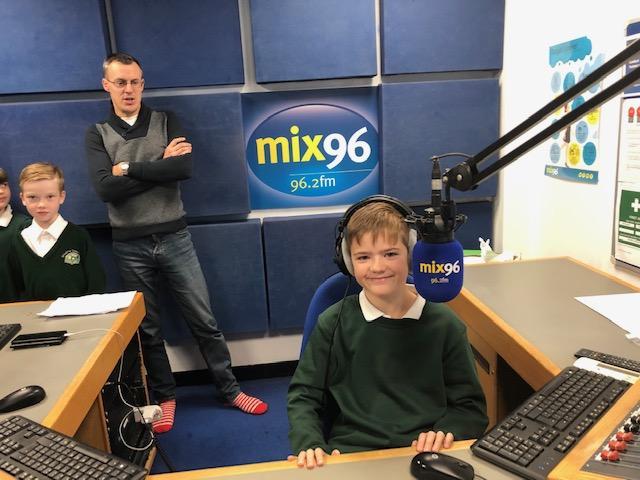 This week, our Christmas story winners (Honey and Lucas) took some friends for a trip to the Mix 96 studios and spent the morning bringing their stories to life. The children got to meet Ben and Nia to record their work, ready to go on air Monday 16th December. They did a fantastic job and thoroughly enjoyed the experience. Make sure you tune in to listen!

What a lot of fun we had on Wednesday when Jeremy Hudson and friends from Foundation Matters came in to tell us about the life of Jesus. They dressed up and became some of the characters that were influential throughout Jesus’s life and told the story from their point of view. The children had an opportunity to dress up in clothes typical of that time period. They then sampled some of the types of food that would have been eaten at that time. Dates, sultanas, honey and pitta bread to name just a few. The children were a credit to our school and Jeremy commented on their excellent behaviour.

On Thursday 26th September we celebrated Poetry Day (a week early but it’s good to be organised) with our very own Author in Residence and National Poetry Day Ambassador – James Carter. The children were off timetable for the whole day and had the opportunity to work with a child from another year group to write and perform a poem.

As always, James brought high levels of passion and energy to his workshops to engage and inspire the children. He shared some of his own poems and then supported the mixed year groups to develop their own - Year 3 and 4 focussed on real life poems, while Y5 and Y6 explored metaphors. Children explored the use of language and the effect this can have on the reader and they enjoyed playing with language and working together to create some very effective work.

The day was brought to a close by James, who led an assembly where children were selected to share their poems. The quality of the children’s work was incredible and James was blown away by what they were able to achieve in just a few hours. The children were then invited to enter a poetry competition to win a signed copy of James Carter’s book – The World’s Greatest Space Cadet.

We were inundated with entries and after some difficult deliberation, winners and runners up were announced in our Good Learning assembly. You can read the two winning poems below and I think you will agree that it was well deserved.

Unfortunately not the ones with chocolate chips.

Some cookies are necessary in order to make this website function correctly. These are set by default and whilst you can block or delete them by changing your browser settings, some functionality such as being able to log in to the website will not work if you do this. The necessary cookies set on this website are as follows:

Cookies that are not necessary to make the website work, but which enable additional functionality, can also be set. By default these cookies are disabled, but you can choose to enable them below: